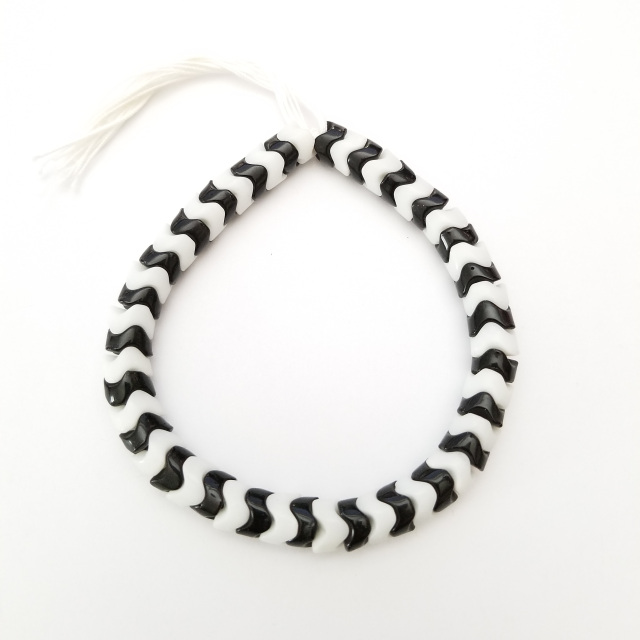 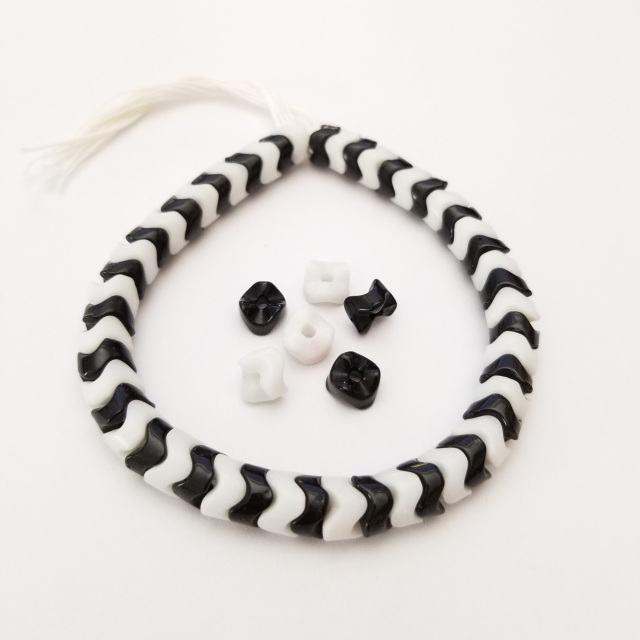 Patterned after vertebrae of the natural snake, these beautiful interlocking glass snake beads are unique to behold.

There are in good overall condition. Some signs of wear at the end, near the holes, some little chips.

Handmade beads showcase brown and cream animal-like patterns that will give designs a wild, animal style. Sizes, shapes and colors may vary with handcrafted items.

Trade beads, also called slave beads, were decorative beads used between the sixteenth and the twentieth century as currency. African trade beads are trade beads given to Africans in exchange for slaves, goods, and services. The goods included ivory, gold, palm oil, and other items the Europeans wanted. These beads were made to make the passage of Europeans in Africa easy. Venice was the major producer of these beads. These beads did not have a set design. Rather, they were produced according to the demand of the person commissioning them. These beads were handmade and no two were the same. Other African trade beads were made in India and transported to West Africa by Arab traders through North Africa. Note that the name ‘African trade beads’ is also used for a particular type of trade beads made in Venice, the Millefiori or thousand flower beads.